The Lesson of The Beehive

We get new ideas from God every hour of our day when we put our trust in Him -- but we have to follow that inspiration up with perspiration -- we have to work to prove our faith. Remember that the bee that hangs around the hive never gets any honey. Albert E. Cliffe

This e-group is for use by those individuals interested in Masonic Education and Research. We function independently of any Masonic governing authority, which enables this group to welcome Masons, without discrimination, from across the spectrum of Masonic jurisdictions, obediences, constitutions, etc.

Click on the link below and join today!
http://groups.yahoo.com/group/MasonicBrothers/

Welcome to The Beehive and 21st Century Masonry. Expect this place to be both inspiring and provocative and controversial. This is where we forge ahead full speed and damn the torpedoes. It will also be a place of sharing Brotherly Love and Affection. Now come aboard and bring both your heart and your mind.

Frederic L. Milliken
Rowlett, Texas, United States
BA in Government & History with a Minor in Economics from Boston University. I have worked in campaigns and been a general pundit for years, which means I am nothing more than a pain in the ass.

Brother Kennedy has been taking some undue flack lately for posting that Freemasonry is dying without posting much in the way of solutions. Masonic author of this site, Tim Bryce, writes, “You cannot treat a patient unless he knows he is sick.” So Kennedy’s first step was to let you know how bad the situation is. Now he follows that up with answers to what can we do? 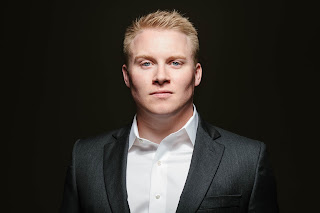 Once upon a time, there were two cities. One city was called Detroit and the other Pittsburgh. Both cities experienced untold prosperity during the first half of the twentieth century. Detroit became the nation’s automotive manufacturing hub while Pittsburgh was “Steel City,” America’s forge. For decades the two cities prospered, but in the late-1960s the global economy changed, and the cities and their region, the Steel Belt, began a rapid decline.
The Steel Belt became the Rust Belt as its population dwindled and economy dried up. Detroit lost over 56 percent of its population between 1970 and 2016 while Pittsburgh lost 42 percent during the same period. The two cities were dying, that is declining at a rapid pace that left unabated would result in total ruin. Their citizenries wondered what could be done to reverse the trend. One city chose one path, while the other chose another, and the results tell the tale of their respective implosion and redemption.
I promise to return to this tale, but in the meantime, I ask your leave to venture back into our ongoing discussion regarding the decline of Freemasonry.
——————————————————-

...any organization that is struggling with its identity, losing members, and bleeding revenue must immediately focus on excelling at its most basic function

I am writing this article on the heels of my recent piece entitled “Freemasonry is Dying.” In the first week after being released the article received over 20,000 individual views and hundreds of shares across Facebook and other social media platforms. I am humbled by the numerous messages sent to me from like-minded brothers from around the world. I wish to thank every brother who read the article and helped begin a conversation about what must be done to reverse our downward trajectory.
More than a few brothers replied to my analysis one way or another, many writing articles of their own, which I applaud. Some agreed with my contention that “Freemasonry is dying,” while others argued that the Craft will hit an equilibrium and level off in terms of absolute membership, so there is really no need to fret. Still others claim that I am incorrect in my assertion that the Craft may be on a terminal decline and in fact, we have already hit our nadir.
I find it hard to argue that an institution that has lost 75 percent of its membership in fifty-nine years is not dying, but others may disagree. In 2044 there might be a handful of Masons left, but I would not consider the Fraternity to be really living, but rather walking dead. After all, there are numerous historic examples of mystery traditions that thrived for a period then disappeared without a trace, two examples being the Eleusinian Mysteries and the cult of Mithras. Why think Freemasonry is immune from their fate?
Now that the dust is settled, voices have calmed, and passion subsided, I wish to clarify what I wish to achieve by writing my last article as well as address the two trajectories before us as a Fraternity, one of intentional consolidation and another of haphazard implosion.
My clarion call that “Freemasonry is dying” was intended to shake the reader to his core with the raw data gleaned from the Masonic Service Association of North America’s (MSANA) database. The MSANA’s data, comprised of roughly three-thousand data points, show a steep decline in our membership since our numerical apogee in 1959. Not only has the absolute number of Mason’s declined, but the percentage of the population claiming Masonic membership has declined as well.
While I warn of the dangers of our shrinking membership, I have also been blunt about my aspirations for a smaller, more elite Craft that has shed itself of the excesses of the post-World War I and World War II eras (see “10 Propositions for Texas Freemasonry”). This seeming contradiction is not one in the slightest. I am not concerned that there are fewer Masons today than in 1959 or any time for that matter. My concern lies with the fact that we are attempting to hold together an aging infrastructure with fewer and fewer men, and wasting our time and treasure in the process.
As our numbers decline, which will continue to do so for the next decade or more, we must come to terms with the fact that an organization built to function with over four million Masons cannot do so with less than one million men. Not only an organization that requires many men to operate, but one that has largely refused to recalculate its pricing and overhead since the mid-twentieth century.
We cannot maintain the infrastructure of 1959 in 2018 let alone in 2030. We certainly cannot do so with dues based on incomes from the 1960s (e.g. $120 per year) and endowments (i.e. lifetime memberships) priced in the $500 to $1000 range.
Now that I have smashed my data-encrusted sledgehammer over your head, and the heads of tens of thousands of other readers, I want to impart my honest conviction that the way to Masonic deliverance is by rapid and intentional consolidation.
As promised at the onset of this article, and since I am a man of my word, I will return to the tale of the two cities called Detroit and Pittsburgh, which holds important lessons for our fair institution.
In 2013 New York Times columnist Paul Krugman asked the following question in an article titled “A Tale of Two Rust-Belt Cities”: “[I]s the crisis in Detroit simply a function of the industrial decline of the U.S. heartland, or is it about internal developments within the metro area that have produced a uniquely bad outcome?”
The author states that both Detroit and Pittsburgh possessed “iconic monolithic” economies and both cities’ metropolitan areas experienced comparable declines in their labor markets from 1970 to 1990. From 1990 to as late as 2006, “the eve of the Great Recession — you could argue that there wasn’t a whole lot of difference in aggregate performance between greater Pittsburgh and greater Detroit.” However, after 2006, Detroit’s economy plummeted while Pittsburgh weathered the storm.

Krugman concludes his column with the following statement, “It’s hard to avoid the sense that greater Pittsburgh, by taking better care of its core, also improved its ability to adapt to changing circumstances… If you like, sprawl killed Detroit, by depriving it of the kind of environment that could incubate new sources of prosperity.”
A study released by the Brookings Institute in 2013 substantiates Krugman’s thesis. Greater Detroit topped the list of metro areas with the most decentralized, that is sprawling, labor forces. In 2013, only 7.3 percent of greater Detroit’s non-farm workers were within 3 miles of its central business district (CBD), while 77.4 percent of its workers were over 10 miles from its core. In comparison, 25.2 percent of Pittsburgh’s workers were within 3 miles of its CBD while 45.2 percent were over 10 miles away.
“Now, Lance,” you may ask, “what about other sprawling cities like Dallas or Los Angeles? They haven’t seen the same decline as Detroit.” You are correct, however, unlike Dallas or Los Angeles, Detroit was hemorrhaging people as it sprawled. To quote one writer, “[Detroit] was drawing existing residents from the center to the periphery. Homes in the central city were abandoned — and the tax revenues that came from those households evaporated. Detroit, unlike some of its wealthy suburbs in Oakland County, only saw one side of this migration — the losing side. And it was poorly equipped to deal with the fallout.”
What I glean from these articles is that after a period of long-term decline sets in, or rather the beginning stages of death, which we call dying, a city or an organization is left with the paths of Detroit or Pittsburgh. We can choose to be like Detroit and attempt to maintain a sprawling edifice, figurative or literal, while simultaneously experiencing a shortage of revenue. The alternative is to follow the path of Pittsburgh and take care of our core at the expense of the periphery. In short, any organization that is struggling with its identity, losing members, and bleeding revenue must immediately focus on excelling at its most basic function. In Masonic terms, the initiatic process, or rather, making Masons.
What I will now prescribe is the bitter pills of truth that so many refuse to swallow:

Our Fraternity may be dying because of external factors, but our condition was clearly exacerbated by internal ones. While we may be dying, we are not yet dead, and there is a way out of our present malaise. The way is to follow the example of the City of Pittsburgh by acknowledging our decline, consolidating down to our most basic core, and doing our most simple functions extremely well. The alternative is to be the fraternal version of Detroit, sprawling, mismanaged, constantly experiencing budget shortfalls, and failing to deliver the most basic services.
We have two paths before us. Which shall be choose? I echo what Dickens wrote in his A Tale of Two Cities, “It was the best of times, it was the worst of times, it was the age of wisdom, it was the age of foolishness, it was the epoch of belief, it was the epoch of incredulity, it was the season of Light, it was the season of Darkness, it was the spring of hope, it was the winter of despair, we had everything before us, we had nothing before us, we were all going direct to Heaven, we were all going direct the other way…”